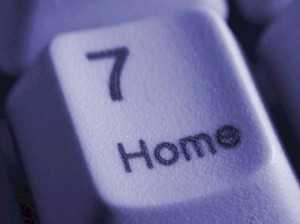 Have you purchased a domain name and felt overcharged?  According to recent court documents the DNS registrars say you have been.  They are alleging that Verisign and ICANN are in collusion to prevent market pricing and other horrible practices.

Over the last decade or so I have noticed the prices of domains steadily dropping as market factors have chipped away at prices.  With the economy of scale that the Internet can provide I am quite surprised that domains haven’t become almost free.  But a few years ago I noticed an interesting going on, prices stopped changing.  As a matter of fact rather than prices getting better, they have been going up over the last few years.

Since I am a relatively small fry in the domain marketplace a few dollars isn’t really going to affect me.  But most domainers can have hundreds or thousands of domains, even a dollar a year can have an enormous impact.

In what can only be described as a real life soap opera the court documents depict in lurid detail some of the crazy goings on that are being alleged:

VeriSign paid lobbyists to support its position, ‘stacked’ ICANN’s public meetings with VeriSign supporters, hired purportedly independent organizations and individuals to advocate VeriSign’s position, paid bloggers to attack ICANN’s reputation, planted news stories critical of ICANN in mainstream media, threatened ICANN with litigation, arbitration, and government investigation, and indeed eventually brought suit against ICANN in federal and state court. VeriSign’s suit against ICANN was settled, allegedly as a result of VeriSign’s offer to pay ICANN a fee of between $6 and $12 million in exchange for the favorable terms in the agreements.

If even some of these charges are true I would find myself quite shocked.  If you want additional information you can check out the original article here and some court documents here.