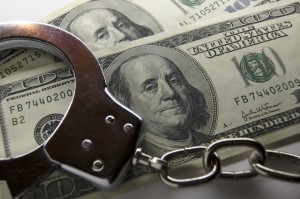 If you have been paying attention to business news over the past 5 to 10 years you would have noticed an alarming trend.  Companies are being breached and sensitive data is being stolen.  This isn’t data that is sensitive to just the company but usually data that (in my opinion) the company should never have stored in the first place.

Companies like Home Depot have our credit card numbers.  Brokerages have pretty much every piece of information about us and our money.  Honestly its getting scarier all the time because of the amount of data these companies store.

A more recent tale of woe belongs to D.A. Davidson.  They managed to loose 20,000 customer records in an attack on their website on December 25, 2007.  The biggest problem is that not only did they have this data stolen they didn’t know about it till the thief contacted them 2 weeks later asking for a ransom for the data.

According to security experts the security was “deficient in that the database was not encrypted and the firm never activated a password, thereby leaving the default blank password in place.”  Basically they left the door wide open for anyone with a little (very little actually) knowledge and malicious intent.

In April 2006 Davidson was actually told by security auditors to beef up their security by implementing intrusion detection systems.  20 months later and they still had no system in place.

Here is where the cost comes in.  Normally you would expect that thousands of people are now at risk of having their identities stolen and maybe even having vast sums of money taken.  The businesses often seem to get away unaffected.  Well this is where the government is cracking down, the firm had to pay $375,000 to settle with the US government for the breach of trust.  Now in addition to that I would expect that anyone affected would also have the ability to sue this company as well.

So the next time you are collecting any customer information, give some thought to keeping that information secure.  It could cost you more than a quarter million dollars to ask forgiveness from the government for that failure.