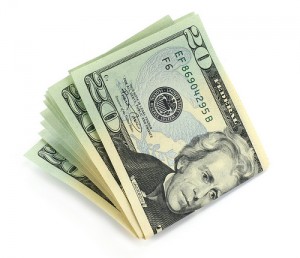 Steal It.  You heard me right.  Steal the money.  I’m not advocating criminal actions here.  Absolutely not.  I’m saying that you need to let someone else prove an idea, then you swoop in steal it for profit.  Someone else spends all the time and effort perfecting the idea or product and you get to come in, take over and make all the money.

With the cost of starting a business steadily heading in the downward direction, coping ideas is going to become more and more the norm.  First or second doesn’t make you the winner anymore, you actually have to deliver quality and capture the ultimate critic, the customer.

You don’t have an incredible idea to create a business.  So then why spend all the time to find one? Let someone else do that for you.  Allow them to discover and even create a market for the product.  Then with all your business savvy you come in, improve on their product and take over.  Simple.

Obviously trying to do something like this can be fraught with legal dangers.  Even doing everything right could end you up in a court for months or even years.  Don’t let that stop you from chasing the easy money though.

Since the world is built upon so many people coping everyone else’s ideas, how is this done.  Idea’s can be considered property so then why is it so many companies have managed to keep stealing from each other.  Here are a few tips that can be used to ensure you are able to successfully copy someone else’s idea without getting burned.

Pick An Idea Worth Coping

There is a lot of junk idea’s and products out there.  You will have to sift through the massive amounts of junk to find just a few items worth pursuing.  An idea worth coping usually inspires your imagination and yet hasn’t been realized properly by whomever created it.  Often this means a disastrous business plan and a huge amount of available market space.

Do not just blindly copy the idea.  If an idea is perfect as is, then your only ability to compete is on price.  Price wars are very difficult to manage and are more likely to cause you a problem then the market leader.  You have to add value, often significantly, to the idea.

Delivery is where most projects fail.  An excellent idea is nothing unless you deliver.  You aren’t just creating some product that is a little bit better than some other one.  You are creating something amazing.  If you cannot deliver amazing then you haven’t delivered.  Success does not mean delivering the best, it means delivering something that can capture the imagination.  When a copy is more successful than the original it is rarely because one thing was better, it was because everything was better.  Continue to impress and you will continue to win.

Stealing isn’t always as easy as it might seem.  It can be hard work, yet it can also be very rewarding.  Theft that works rarely looks like theft after you are done.  That is the mark of a truly successful copy, something that is now your original!