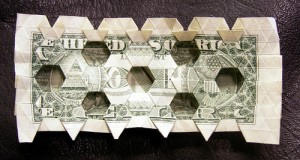 As a consumer GST is a terribly annoying tax to pay.  It makes it hard to calculate the cost of goods and it just plain feels like the government reaching into my wallet every single time I make a purchase.  GST is a very unpopular tax since any type of tax that gets piled on top of everything else is just plain evil.

As a small business owner though GST is my friend.  Because I provide services primarily to other businesses GST isn’t really as evil as I had come to believe.  The funny thing about GST is the government has designed it to basically penalize consumers and not businesses.

GST is fairly simple when you look at the surface.  Add the tax rate to everything you sell and then remit that amount of money to the government.  Where things really get interesting for small businesses is the tax credits and ways of calculating GST that can potentially be involved.

The government has provided a special method of calculating GST for those who really hate keeping books.  They call it the Simplified Method.  Basically you add your GST to everything then take the whole amount including GST and divide by a government provided magic number to figure out how much GST to pay.  The cool thing about this method is the amount you remit is actually smaller than the amount you took in.  This is designed so because you will pay GST on office supplies and whatnot that you don’t get to claim back.

How you make money on this method of GST calculation is if you don’t spend a lot of money on consumables.  Items that depreciate (office chairs, computers, vehicles, etc) are still considered to be deductible (GST portion) from GST payments.  So if you have fairly low consumable expenses then you will end up making around 20% of the GST you collect as income for your company.

When using the simplified method of accounting you are eligible to claim 1% of income up to $30k as a credit.  I am completely unsure of exactly why this credit exists but it has always been nice to me.  Basically it works out to a free $300 GST refund each year.  Not a lot but free money none the less.

When acquiring large assets the government knows that the GST expenses could be quite huge.  This is why they still allow a GST credit for capital asset purchases.  Essentially when you buy an asset that would be depreciable you get to deduct the GST paid.  Normally a depreciable asset is anything with a base cost of over $200 but there are exceptions and whatnot so you need to be sure that the asset falls into a capital category.

I really like this credit since it means that in those years when I’m busy replacing bunches of equipment I get to “ignore” the GST.

Due to these and other generous credits that the government has made available to small businesses I usually recommend to most small businesses that they register for GST early rather than waiting till they expect to earn more than the required $30k.  Not only does it protect you against having to remit GST that you didn’t actually collect (due to registering late) but the bonus money is always a nice side benefit.

A side note: Always confirm these rules yourself (or with an accountant) before using them.  Not only can the rules change often but your situation/business could be different and have different rules applied.