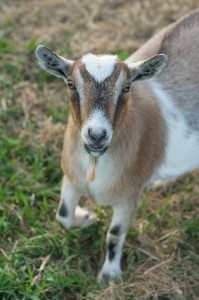 In what has to be the most awesome and yet insane thing I have read Google has decided to go totally natural and cut their lawn using goats.  Yes its not a misprint, goats.

According to the official Google blog:

This spring we decided to take a low-carbon approach: Instead of using noisy mowers that run on gasoline and pollute the air, we’ve rented some goats from California Grazing to do the job for us (we’re not “kidding”).

This is where you normally have a hearty laugh and check if the date is April 1.  Well it isn’t an April Fools joke and this is where the whole story gets even more interesting.  TechCrunch actually picked up on this story and decided to follow up.  They contacted PETA to get an official statement.

PETA has no problem with letting goats do what goats want to do (e.g., look cute and eat weeds), but we do have concerns about how the goats may be transported, whether they are provided with access to shelter during storms and shade as well as water during hot weather, where they are housed when they arenâ€™t â€œworking,â€? what kind of veterinary care they receive, and what becomes of old and/or excess goats. PETA has found over and over that whenever animals are used by a business to make money, corners are cut and animals often suffer as a result. And that really gets our goat, if youâ€™ll pardon the pun.

PETA usually takes the “ethical” treatment part of their work a little bit too seriously and I usually ignore what they have to say pretty much ever time they say something.  This time though it was a little different, this isn’t some farmer just doing their job; this is Google, one of the largest companies on the face of the earth.  Fortunately Google takes PETA more seriously than I and they actually replied.

Google takes the wellness of our employees very seriously and we pride ourselves on having a responsive and adaptable culture. The lawn-mowing goats are not, of course, full-time Google employees – but we would certainly respond directly to any concerns about their treatment. I can confirm that during their time in Mountain View, like other Google employees, each goat is entitled to a free organic lunch.

Sometimes you just have to love Google.  Not only was their response just perfect the whole goat idea is awesome.  I think I might have to find myself an organic lunch as well, in honor of these wonderful goats.

Since goats are just so cute I’ve got some more pictures for your enjoyment, if these just aren’t enough you can check out this post for even more pictures (and a video). 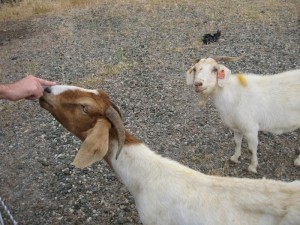 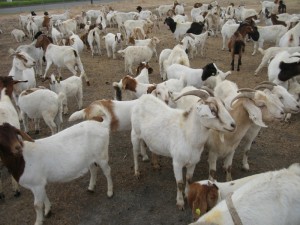